Inter Milan midfielder Matias Vecino could be set to snub Everton this month, despite the club showing strong interest in the Uruguayan, according to FC Inter News.

Vecino first emerged as a target for the Toffees last week, with the print version of Corriere dello Sport (cited by Sempre Inter) claiming that the Merseyside club had made an “important” offer to sign the midfielder.

Since then, various reports have claimed that Everton are either still keen on the 28-year old, or that the Blues have blown their chance, with the latest report from Calciomercato claiming earlier this week that Sevilla have now joined Everton in pursuing the Uruguay international, while Sky Italia claim that Manchester United have had a loan bid rejected.

FC Inter News now report that Inter are keen to sell Vecino immediately, as they look to raise funds to make signings, with the midfielder now considered ‘out of rotation’ by Nerazzurri boss Antonio Conte.

However, despite the report claiming that Everton ‘maintains a strong interest’, Vecino is said to be unconvinced by a move to Merseyside, as he would like to join a club playing in Europe.roach yet.

This is one of the teething problems that Carlo Ancelotti will face as Everton manager. While playing for the Italian does carry some weight and may be enough to convince some players into signing for the Blues, others won’t consider the club until they’re playing regularly on a grander stage. It takes time to build, and it takes time to solidify a reputation.

Should Vecino turn out to be a genuine target for Ancelotti, which is doubtful after he dismissed paper talk and Sky Sports’ reporting earlier this week, then the club will have wasted too much time on one player and with just seven days remaining of the transfer window, a number of fans will begin to get frustrated.

Everton absolutely need to sign a midfielder and a centre-back, with the former position really bereft of ideas. Fabian Delph and Morgan Schneiderlin’s respective WhoScored ratings of 6.57 and 6.36 leave a lot to be desired, and bringing in reinforcements to both challenge and support them, no matter who the player is at this point, would provide the squad with a much needed lift. 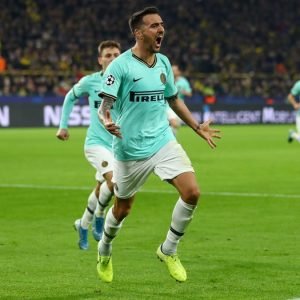 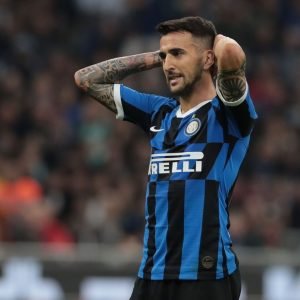