Everton have rejected the chance to sign Leeds-linked striker Jean-Kevin Augustin, according to Football Insider.

Mail Online reported on Friday that the Leipzig striker, who is currently on loan with Monaco, could be set to join Marcelo Bielsa’s side before the transfer deadline closes.

The report claims that the Frenchman has not found much join in Ligue 1 so far this season, and that he would be willing to cut short his season-long loan spell in order to link up with the Whites.

Everton were linked with Augustin last summer as they looked for another striker to rival and support Dominic Calvert-Lewin, with Telegraph Sport claiming that the Toffees made contact with Leipzig to enquire about his availability.

Ultimately, Everton signed Moise Kean from Juventus on a long-term contract, but the Blues could have signed Augustin this month if Football Insider are to be believed.

FI claim that Augustin was offered to Everton via intermediaries, but the Merseyside club rejected the chance to bring the forward to Goodison Park.

It now looks as though Augustin will sign for Leeds, with Bielsa hoping to land him on a loan deal with an obligation to buy.

Everton definitely made the right signing last summer, if my opinion is worth anything. While Moise Kean hasn’t proved to be a goal machine just yet, he has shown plenty of promise and at 19-years old he has a lot of potential. Augustin on the other hand was underwhelming last season, scoring just three times in 17 appearances for the Bundesliga outfit (Transfermarkt).

This season, Augustin has managed just 10 Ligue 1 appearances for Monaco, while he hasn’t yet got off the mark for his club in that competition. While the Frenchman still has plenty of promise, he hasn’t been quick to realise it, and at 22-years old he really needs to begin establishing himself.

Everton don’t need a striker this month, with Richarlison, Kean and Calvert-Lewin the club’s current options. Should the Blues sign Everton Soares this week, which several reports are currently claiming could be the case for the club, then there would be even less of a need for a striker who quite frankly isn’t at the level to contribute much to the Toffees’ season.

Should Everton have taken the opportunity to sign Jean-Kevin Augustin? 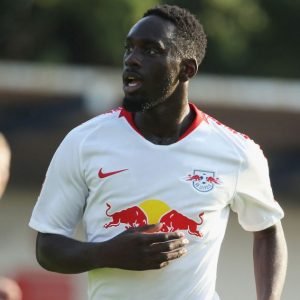 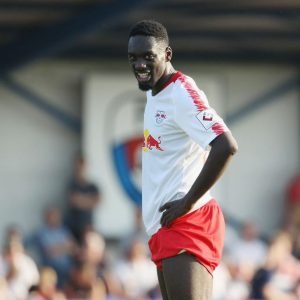