Several Everton fans have called for the club to hand Ellis Simms his senior debut next season after he scored yet again for the Under-23s.

The 19-year old striker has scored seven goals in 13 Premier League 2 games this season, off the back of scoring 32 goals in 21 games for the Under-18s last season.

After scoring a stoppage time winner against Derby County in the Premier League 2 on Monday evening, a number of Toffees fans took to Twitter to debate whether the starlet should be introduced into the first team at the beginning of next season.

Dominic Calvert-Lewin made his breakthrough into the senior set-up at a similar age, and he is now the club’s leading goalscorer this season, having scored 11 in 24 games, eight of which have come in his last 11.

Under-23s manager David Unsworth claimed in December that Simms is “improving all the time”, and now some fans want to see him given the chance to impress for the first team.

Twitter: @TheBlueRoomEFC @_ellissimms I’d put him on the Bench against Arsenal… if it all goes tits up he gains the Experi… https://t.co/BKzZTvvRX4 (@RStopman)

Twitter: @TheBlueRoomEFC @_ellissimms Surely got to be given a chance,be good to see him on the bench towards end of season (@spinney70)

Twitter: @TheBlueRoomEFC @_ellissimms I think maybe give him a place on the bench and maybe a sub appearance at the end of t… https://t.co/ilkrta7Om6 (@Quiggers_03)

Twitter: @TheBlueRoomEFC @_ellissimms Should be on the bench NOW. Best back up striker we have. (@EFCBlueBray)

Should Ellis Simms be given a chance in the first team? 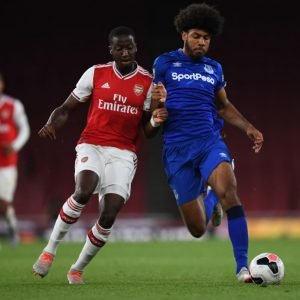 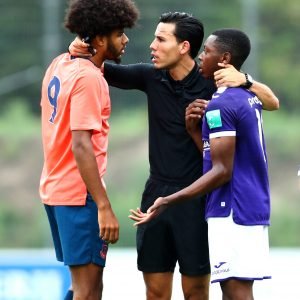