Everton could sign Toulouse’s Ibrahim Sangare in the summer, according to SportMania.ci, as translated by Sport Witness and he could be a great addition to Ancelotti’s midfield options.

With Morgan Schneiderlin and Fabian Delph having failed to impress this season, Everton have seemingly turned their attention to another midfielder ahead of this summer, with the club said to be keen on Sangare, while Marseille also appreciate the 22-year old.

SportMania.ci claim that Everton had been interested last summer, although Marco Silva’s side couldn’t agree to a deal. However, Sangare could now be allowed to leave Toulouse this summer, especially if the French club are relegated from the French top flight.

The report claims that the Ivory Coast international is ‘expected’ at Everton, who are said to be willing to quadruple his current wages.

With several Everton midfield options having left much to be desired this season, a new recruit in that department certainly wouldn’t go amiss for the Blues.

JP Gbamin will be back available for the start of the new season, having missed almost all of this campaign with a lengthy injury, while Andre Gomes made his highly anticipated return against Arsenal last weekend. Should Ancelotti decide he wants to shift some of the underperforming old guard, Sangare could be a sensible signing for the Blues.

Valued at £14 million by Transfermarkt, Sangare has played 24 times in Ligue 1 this season, the majority of which came in a defensive midfield role.

Described by WhoScored as a strong tackler and interceptor who likes to play both along the ground and long aerial balls, Sangare could prove to be a vital component in Ancelotti’s build up play, sitting alongside Gomes and potentially Gbamin, if the Italian changes his system.

Everton might face competition for Sangare, with Marseille mentioned as an interested also, but the promise of playing in the Premier League could be tempting for the 22-year old Ivorian.

Do Everton need to sign another midfielder this summer? 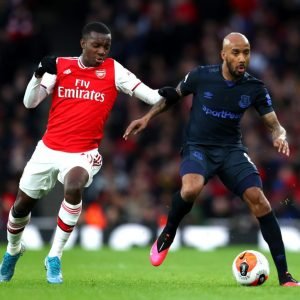 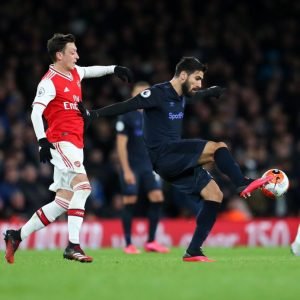