Everton, Newcastle and Tottenham have all shown an interest in signing Roma striker Patrik Schick, according to a report from Italian outlet Gazzetta Italia.

Schick is currently on loan with RB Leipzig, but the German club are unwilling to trigger their €27m (£24.1m) option to complete a permanent deal for the forward.

The 24-year-old has played second-fiddle to Timo Werner at Leipzig this season but even as a player who doesn’t start regularly, he’s still made an important contribution, scoring 10 goals in 20 Bundesliga games.

However, given the financial implications of the global pandemic, Leipzig aren’t willing to pay the fee it would take to get the player, which means Everton, Newcastle and Tottenham all have the chance to make a move if they so wish.

It’s hard to see Everton spending around £24m on a striker this summer unless Moise Kean departs the club.

Roma have shown an interest in the Blues’ striker in the past, so if Carlo Ancelotti wants Kean gone, then a swap deal for Schick could make a lot of sense.

Dominic Calvert-Lewin has come on leaps and bounds under Ancelotti and looks to have nailed down a place as the club’s first-choice striker but he does need some help and if Ancelotti is willing to let Kean leave, then he could do a lot worse than bring in a striker with a goal record of 1-in-2 this season. 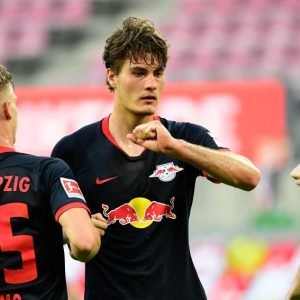 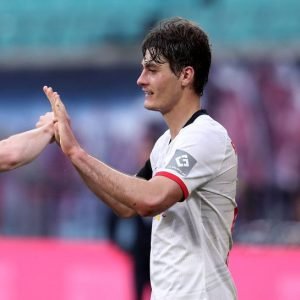