Renowned Italian football journalist Fabrizio Romano has revealed the exclusive inside story of how Moise Kean signed for PSG on loan and made a fascinating revelation as to how the striker fits into the future at Goodison Park.

Romano, who boasts a staggering 2.2 million Twitter followers, has built up a reputation for trusted, incisive transfer knowledge and is a regular contributor to a range of publications around the world, such as The Guardian and Calciomercato.

Indeed, his recent article in Calciomercato shed light on the finer points of Kean’s Merseyside exit and will be sure to pique the interest of Blues fans everywhere.

Romano started by noting that PSG sporting director Leonardo has been an admirer of the 20-year-old Italian ‘for years’ and views him as ‘the forward of the future’, with ‘huge potential still unexpressed’. Clearly, PSG have held tabs on the now-Everton striker for some time but missed out on his signature.

Indeed, he was actually close to joining Milan in December 2018, according to Romano’s article, but a last-minute collapse occurred after the player’s then-parent club Juventus pulled the plug.

Fast-forward to the PSG deal, and Romano revealed that a similar last-minute agreement occurred which meant a ‘dry loan’ – essentially a loan without an option to buy – was what emerged between Everton and the French giants. This contradicts previous reports that PSG had a buyout clause worth lower than that of the fee which was paid by the Toffees to Juventus.

Romano also dropped the revelation that Kean does have a long-term future at Goodison Park, with Ancelotti impressed by his fine form. Romano comments that Ancelotti ‘wants him back to (sic) Everton from next season’.

The news that Kean could return is great for the Toffees. He is impressing at PSG, having already scored three goals in just four Ligue 1 appearances for Les Rouges et Bleu, and that fine form could result in meaningful competition for Dominic Calvert-Lewin.

However, there is a caveat; PSG ’intends to sit down seriously at a (sic) table’ if his form continues – meaning Everton may well find the lure of a considerable fee for Kean too attractive to ignore.

Will Everton sell Kean to PSG in the summer? 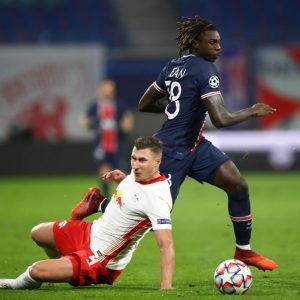 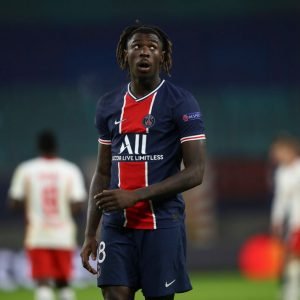