Despite late injury fears, Everton have been dealt a major fitness boost ahead of their Premier League visit to Fulham on Sunday.

According to the Liverpool Echo, Richarlison ‘is confident he will be fit to face Fulham’ and will duly make a first Everton appearance in over a month, following a three-game suspension and the international break.

The 23-year-old was the subject of a dangerous stamp from Manchester United forward Edinson Cavani in Brazil’s 2-0 triumph over Uruguay in midweek.

He has since commented publicly on the reckless challenge which saw him on the receiving end of Cavani’s vicious stamp, for which the 33-year-old was sent off.

“I think it was a [fight for the ball], he went over the top,” said Richarlison in comments sourced via superesportes.com.

“If my foot was stuck I might have broken my ankle, but I think it was not in badness, he tried to steal the ball and ended up missing”, the Toffees striker added.

In a huge boost for Everton, Richarlison seems to be unscathed from the challenge and has managed to avoid any serious injury as a result. He is reportedly due back at the club’s Finch Farm training ground before Saturday.

Despite Cavani’s recklessness, Richarlison has done well to remain match-fit and unharmed by injury.

It seems Ancelotti’s plans have not been affected with the news that the Brazilian could return to feature this weekend. That could be a welcome boost as Everton hope to win for the first time in five games.

Will Richarlison score against Fulham? 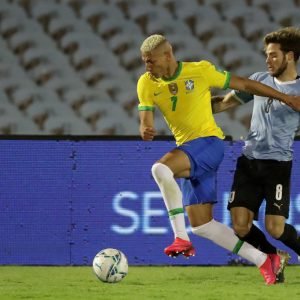 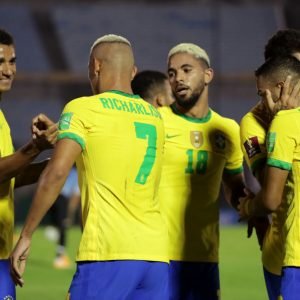