Many Everton fans have offered further words of encouragement to Andre Gomes after the midfielder admitted he is mentally ready to return to action.

The Everton midfielder has been out injured since early November, after a rash challenge from Tottenham forward Heung-min Son saw him suffer a fracture dislocation of his right ankle, ruling him out for an extended period of time.

The Portugal international was met with an outpouring of support from Everton fans both at the time of the injury and throughout the 26-year old’s recovery process, with many hoping to see him back playing for the Blues before the season’s end.

Taking to Twitter on Thursday, Gomes reaffirmed his commitment to recovering with haste, with his tweet reading:

Mentally I’m already there! Set the goal, visualise, and the body will follow!

Gomes’ absence in Everton’s side over the past few months has been sorely felt, particularly given how the duo of Fabian Delph and Morgan Schneiderlin have failed to impress, with the pair being awarded a WhoScored rating of just 6.57 and 6.36 respectively.

Many Everton supporters would like to see Gomes return as soon as possible, and as such, a number of fans wished the former Barcelona man well on Twitter, encouraging him to keep working hard on the road to recovery.

Twitter: @aftgomes @Everton Need you back man ….missing your influence in the middle and a cool head . (@gizzblue)

Twitter: @aftgomes @Everton Inspirational mate! Keep up the hard work. Soon be back out there bossing that midfield again 🔵🔵 (@StreetEnd056)

Twitter: @aftgomes @Everton Is right lad. No doubt you’ll be back stronger and better. We can’t wait to see you return. (@BlueMerseyside)

Will we see Andre Gomes back in action for Everton before the end of the season? 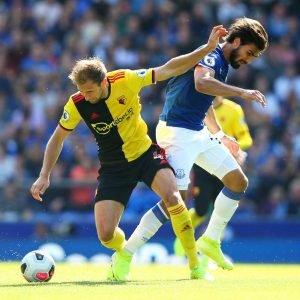 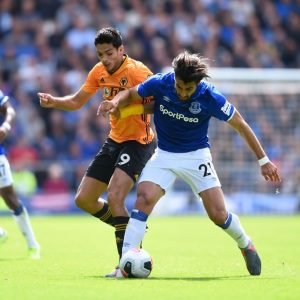