Everton have been handed a boost regarding the fitness of Richarlison and James Rodriguez for Sunday’s clash against Fulham.

Toffees manager Carlo Ancelotti confirmed in his pre-match press conference that the Colombian duo have returned from international duty on Thursday and then trained this morning. He reported they were ‘tired’ from travelling but were otherwise fit and available to face the Cottagers.

Richarlison suffered a late injury scare after being on the receiving end of a nasty stamp from Manchester United’s Edinson Cavani, but came off unscathed.

The Everton manager added that Gbamin is ‘in the last part of his recovery’ from an Achilles injury and ‘will be ready in two or three weeks to train and play’.

The latest news will come as a huge boost to Ancelotti’s men as the Toffees look to resume winning ways.

Ancelotti has virtually a fully fit squad available to him, although he will undoubtedly rue the loss of Coleman. Regardless, Everton are blessed with player availability at present.

Will Everton beat the Cottagers? 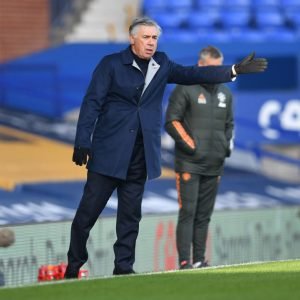 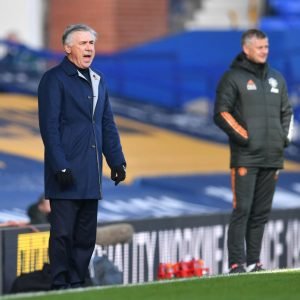